ASUS Padfone S Plus vs. Competition

The phone comparison is shown in table below (click to see larger resolution). 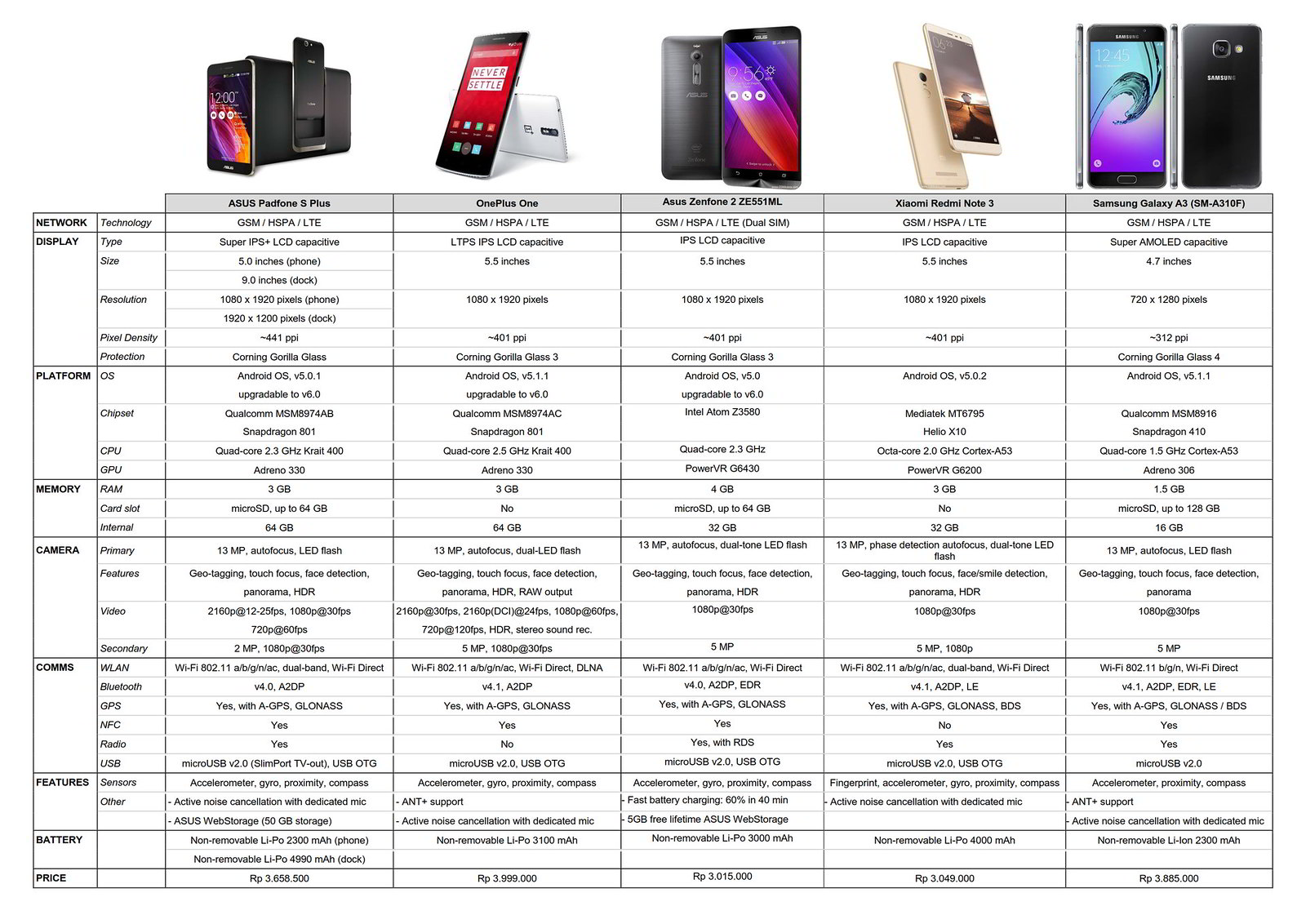 For price per performance, Padfone S Plus has some advantages such as: additional docking for larger display and battery, microSD slot, large RAM, still powerful CPU, NFC connection, and useful USB-OTG.

OnePlus One has good advantage in superior camera component and larger community support for custom ROM but lack of customer service office.

Zenfone 2 is the best phone in its price range, larger screen and RAM also better camera than PFS+ while have the same features, and better than Redmi Note 3 except for fingerprint feature.

While Galaxy A3 is out of equation.

I'm an engineer and working in engineering consultant office. I have some experience in computer application in graphic design (CorelDRAW, Inkscape, GIMP), AutoCAD, and Office. I also like to read technology news.